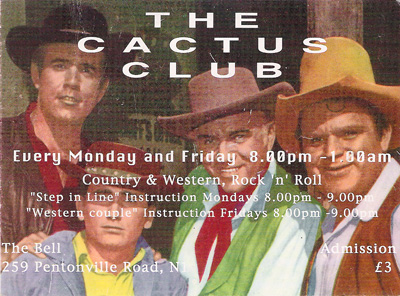 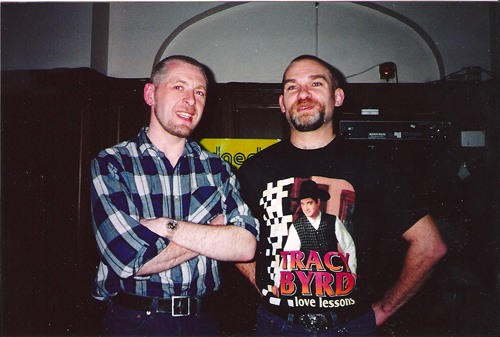 Peter and Nick begin LINES AND SQUARES, a line and square dancing tuition night on Tuesdays at The Bell.
THE CACTUS CLUB goes twice weekly on Mondays and Fridays.
Other gay line dance clubs begin to appear in London and across the country as the line dance craze takes off nationally.
Nick keeps his hand in teaching and dee-jaying regularly for BRIGHTON RAWHIDE and MIDNIGHT COWBOYS dance weekends, and helps launch PRAIRIE DOGS in Manchester, the only other gay line dance club in the UK still in existence today.
BIG BEAR COUNTRY, an early attempt at a bear’s line dance night, is launched by Nick and Peter at THE FATHER REDCAP in Camberwell, but fails to take off,  and only lasts a few weeks.

Nick, aka DJ Cowbear (and formerly known as Redneck Nick), co-founder, DJ and dance instructor at Lines & Bears since 1995

Nick is approached by Duggy, secretary of Bears Club UK, with a view to starting line dance classes for their members. When we are offered a regular night on Tuesdays at Duke’s we decide that rather than merely holding classes we will launch a new weekly dance night aimed at bears and their buddies

Lines & Bears is one of the founder member clubs of the COUNTRY & WESTERN CLUB ASSOCIATION (CWCA),  a membership club formed by the leading gay C&W dance clubs around the country at the time 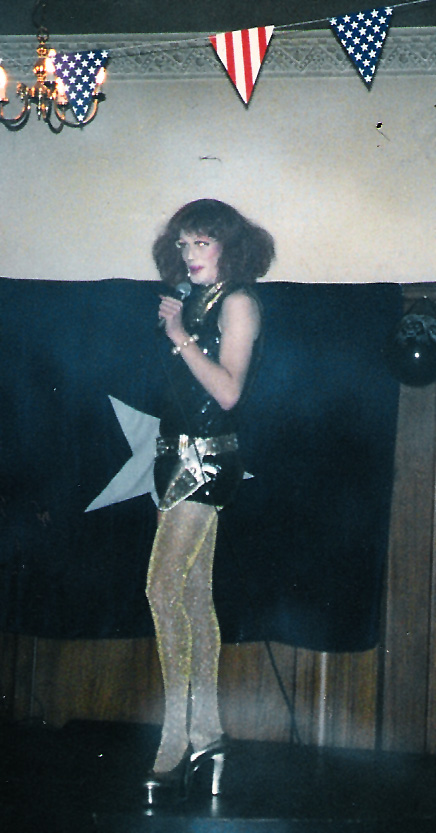 Lines & Bears launch their monthly Saturday night REDNECK RODEO dance at the Rivoli Ballroom, which runs for the next 5 years 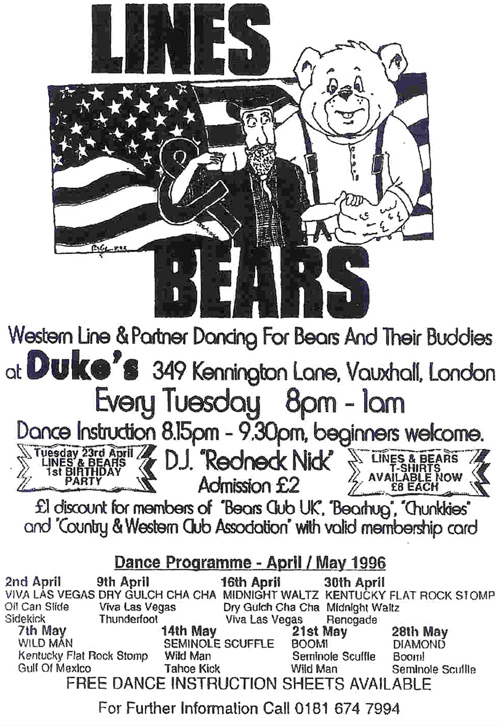 Nick is the host deejay at BRIGHTON PRIDE

Lines & Bears launch COWBEAR CONNECTION, a monthly Sunday dance afternoon at Duke’s which runs for the next six months.

Our history ends there but we keep going as the cactus club. See also Borderlines history 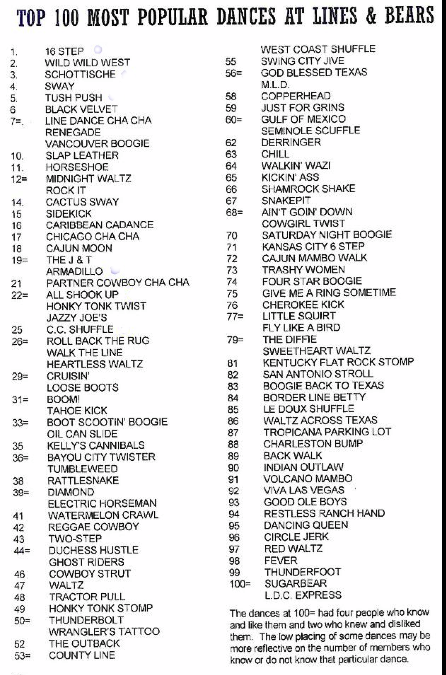